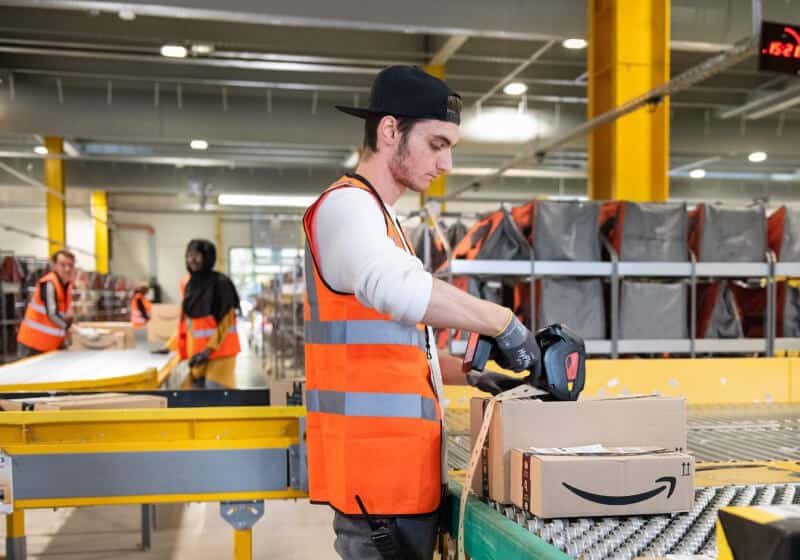 Contents hide
1 In context: Amazon has been facing a bit of a double-edged sword situation as of late. On the one hand, it has exploded in popularity due to the Covid-19 pandemic, but on the other, keeping up with all that demand — while keeping employees and customers safe — has proven extremely challenging.
2 Related Reads

In context: Amazon has been facing a bit of a double-edged sword situation as of late. On the one hand, it has exploded in popularity due to the Covid-19 pandemic, but on the other, keeping up with all that demand — while keeping employees and customers safe — has proven extremely challenging.

To keep the matter under control, Amazon has made a couple of important changes lately. In an effort to meet demand, it’s started a 175,000-employee hiring frenzy, while also deciding to prioritize the shipment of essential items above all others. The company hoped these adjustments would lessen the strain on its delivery infrastructure and better allow it to weather the storm that is Covid-19.

Though Amazon has just begun to let non-essential deliveries go through again as normal in America, a French court is requiring the company to keep those restrictions in place within its own country. Indeed, the court goes even further, saying that Amazon must do more than merely prioritize essential shipments — it sounds like they’re the only shipments the company can accept, period.

This decision was made due to a complaint filed by a French union, which took issue with Amazon’s alleged failure to overhaul its working conditions in France-based warehouses. According to a TechCrunch report, workers haven’t been appropriately protected from the risk of Covid-19 infection — the outlet says social distancing has been “particularly hard” for employees.

As a penalty for Amazon’s failures, the company will face a fine of up to €1 million per day if it does not comply with the order within 24 hours. That’s not a lot of cash to start, but it will certainly add up as the weeks go by, so it’s in Amazon’s best interest to either comply or appeal the order in some way.

This order will take effect for a full month, after which Amazon will be subject to a “review of Covid-19-related risks.” TechCrunch says the company may then be slapped extended restrictions, though it’s also possible that the opposite will happen if Amazon manages to get a handle on the situation.