TCL has quickly made a name for itself with bargain-priced 4K TVs that incorporate must-have features like Dolby Vision HDR. I’ve been ready for an upgrade, and as soon as the 2019 edition hit the shelves, I got one. Despite the positive reviews the company’s televisions have received over the last few years, my experience was a bit more complicated than I was expecting.

On the one hand, the picture quality for my $800 4K TV lived up to expectations, almost as soon as I got it out of the box. There have been criticisms about panel inconsistency, but after running through some test patterns, I didn’t have anything to complain about.

The model I bought has a slick, almost bezel-less design, and uses Roku for its smart TV platform, which makes it easy to control via a remote or apps. I haven’t used a Roku device in a few years, and it doesn’t seem like things have changed much since then. Some aspects of its approach are annoying, with ad panels that you can’t hide and privacy toggles that are buried deep within the menus. It’s still a better UI than most smart TV competitors at this price and consistently adds new apps like Disney+ as soon as they’re available. 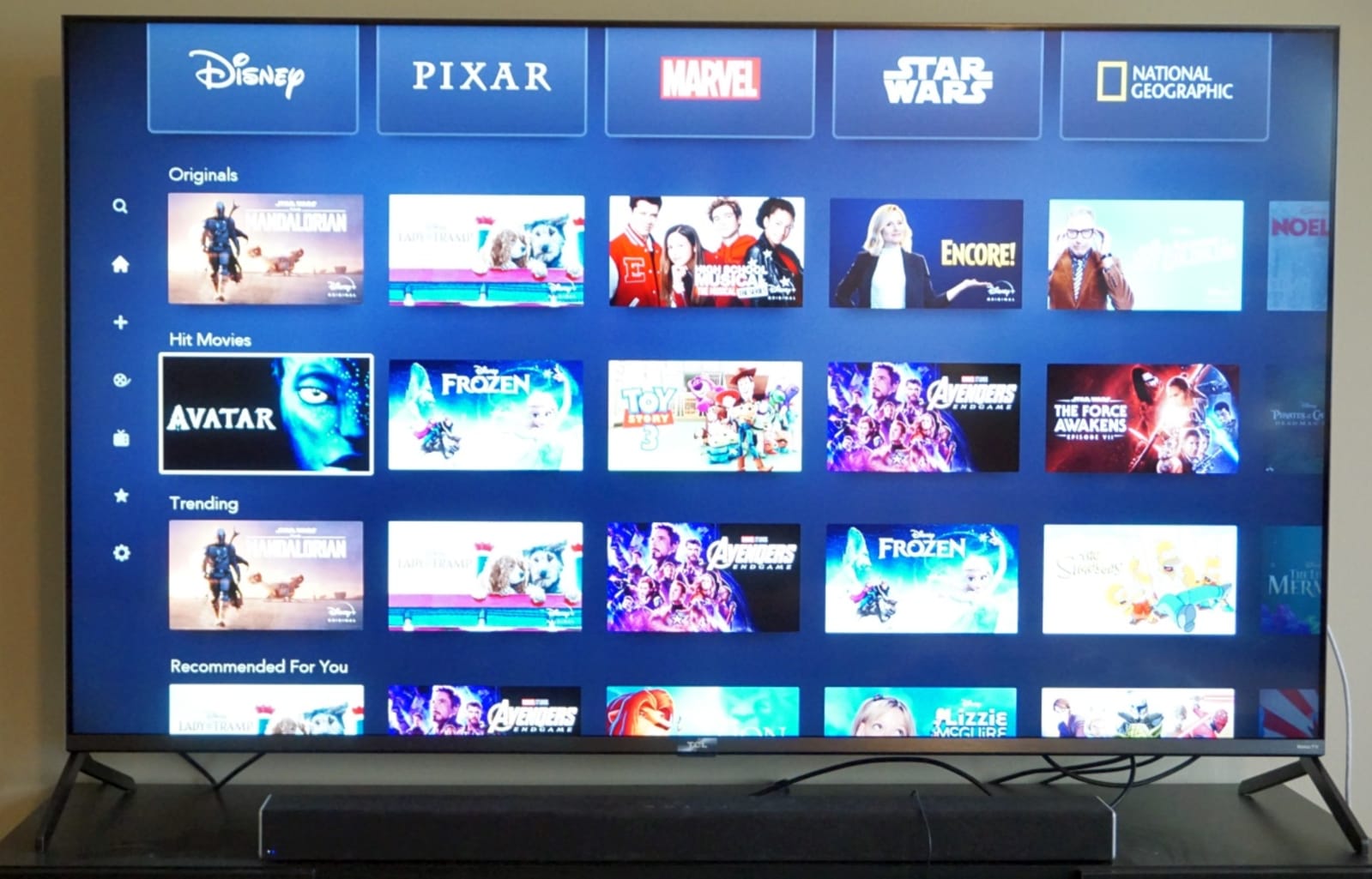 The only problem I can find with it physically is where TCL chose to put the legs on its stand. The TV’s legs sit at the extreme outside of its width, and that’s just too big for most ’65-inch TV-ready’ stands at about 60-inches apart — I had to get a new one to make it fit. It’s perfectly stable now that it’s on a wide-enough base, but even if you’re purchasing the smaller 55-inch version you may need a bigger stand than you thought.

When paired with sources mastered in Dolby Vision, its picture is bright and punchy. It doesn’t live up to an OLED when it comes to performance in dark areas, but for the price I thought it got the job done and then some. The only issue I experienced was a glitch that occurred when jumping from different HDR content; watching something in HDR-10 after viewing a Dolby Vision source in the same app looked murky and dark.

That’s a small annoyance that was easily fixed by closing and reopening the app, but a more distressing problem is how it handles surround sound sources from external devices. I connected the TV to a Vizio 3.1.2 soundbar system, and it worked fine as long as the audio came from the Roku Smart TV’s built-in apps. The problems started when I was playing a game on my Xbox One X, using an Apple TV or watching something from the DVR. The TV’s audio processing, before passing the signal on via HDMI-ARC, introduced a significant delay that made it impossible to play games and caused the audio to go out of sync. It’s really unfortunate, because otherwise the TV’s automatic switching to game mode and incredible picture quality had me ready for a great experience.

I contacted TCL about my concerns, and they updated my TV with a beta version of the software that did make things better. It was good enough to clear things up when watching movies and TV, but the gap is still big enough to make playing Apex Legends annoyingly delayed, requiring the use of an optical connection from my console directly to the soundbar.

A quick look around the internet suggests this is a problem with Roku TVs beyond just this model, and it’s unclear at this point when or if the company will be able to correct it completely. If you use the TV speakers or have an external audio receiver it won’t be a problem for you, but it’s something to be aware of. I decided to keep the TV as its strengths outweigh its flaws, but a breakdown in such a crucial area is something that needs to be addressed before I can recommend it for everyone.

“IRL” is a recurring column in which the Engadget staff run down what they’re buying, using, playing and streaming.